Puri the most ethnic and tranquil City in Odisha (Orissa) is not only known the Lord Jagannath Temple, but also for a number of other major Tourist attractions in & around Puri,Puri Sightseeing areas. Being an important part with Bhubaneswar and Konark of Golden Triangle of Orissa, Puri is known for amazing places and tranquility. 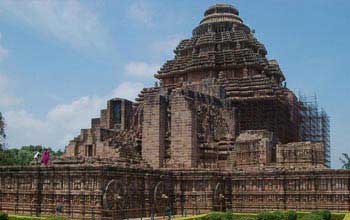 The small town for ravishing temples, Konark is one of the must-see places in & around Puri. During your Puri tour, a visit to the beautiful place will keep you fascinated. The Sun Temple in Konark was built by King Narasimha of the Eastern Ganga Dynasty (In the 13th Century). Being the unique symbol of exquisite architecture, the beautiful temple is located at the Bay of Bengal that has been signifying the glory of the God of Fire - Sun. Konark Sun Temple is designed in the form of Chariot of the God Sun with twelve giant wheels and seven horses. The twelve wheels depicting the twelve months; while seven horses resembling the seven days of a week. Sanctrum with images of the Sun God, NatyaMandir(the area where Devdasis used to perform different forms of dances) and Jagamohana are main three parts of the entire Sun Temple in Konark. In addition, Mayadevi Temple and Vaishnava Temple are also main temples very close to Main temple of Konark. 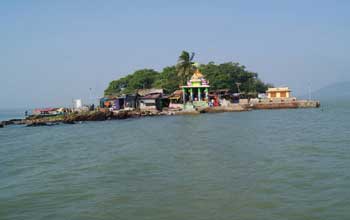 Chilka Lake in Konark is one of the largest coastal lakes of India that has got the title of largest in-land salt water lagoon in Asia. In addition, the Nalaban Forests around the lake add more spark in its popularity and make it an ideal destination to explore in & around Puri - the abode of Lord Jagannath (the Lord of the Universe) in addition, here you will also visit the Kalijai Island that is famous for the temple of Goddess Kalijai. In addition, Satapada is also a famous place to explore during your tour to Chilka Lake. It is known for Chilka Dolphins where they live in their natural abode. Parikud and Malud are also other beautiful islands that attract tourists towards Odisha tours again and again. 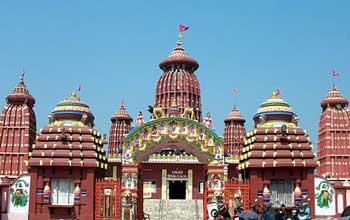 No need to explain the beauty and popularity of Bhubaneswar. Being the state capital and one of the most picturesque cities in India, Bhubaneswar is called as the City of Temple. The Lingaraj Temple - the most prominent temple in India is one of them that was built in medieval period. In addition, Parshurameshwar Temple - built in 7th century, is also one of the oldest temples in Odisha (Orissa). Mukteshwar Temple is also another name in the list of temples in Bhubaneswar. There are also a number of other famous temples where you will feel spiritualty and serenity. During your Puri Tour Odisha, visiting the capital city will be an amazing experience to see the real evidences of architecture in Odisha. In addition, the handicraft museums, art galleries, parks and other attractions enhance the beauty of the city and make it an ideal destination to explore. 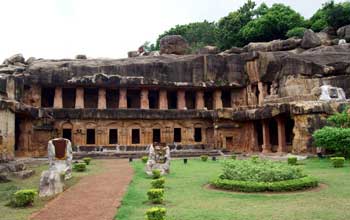 During your tour to Odisha (Orissa), you will see Udayagir and Khandagiri caves in & around Puri. Located very close to the city center, the beautiful and heritage site is one the hilltop of Udayagiri that was known as KumariParvata and Khandgiri was known as Kumara Parvata. Here, you will explore more than 33 caves built by King Khandgiri of Chedi Dynasty. The beauty and amazing architecture of Rani Gumpha, HathiGumpha, BaghGumpha and Ajanta Gumpha are impressive that attract tourists again and again to explore the beauty of the caves.