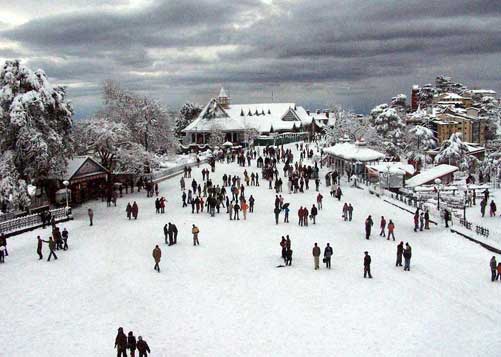 Come for a holiday and get opportunity to spend quality time close to Mother Nature and make your trip most relaxing. What more you can expect from your holiday trip. Shimla is such a trip, especially for those who have a passion of explroring natural beauty and serene environment, nothing can be compared with such amazing places. If you are also one of them, defiantly the warm welcome from tourism in Shimla would make your dream come true. Talking about Shimla, the Queen of Hills is situated at an altitude of 2215 meter above the sesa level. Being one of the largest hill stations/cities in India, Shimla is the capital city of Himachal Pradesh, where honeymooners, couples, nature tour lovers and those who look for serenity and tranquillity come to enjoy their holidays


From sky or a very high view, the beautiful hill station in Himachal Pradesh looks like wide half-moon shaped ridge that is at 12 km far in North-West of Himalayas. You will see the complete presence of Mother Nature everywhere in Shimla in Pine and Deodar forest ranges, snow-capped mountain, deep valleys, natural springs, and crystal clear water rivers. For the duration of British Empire, it was the summer capital that is become and ideal romantic place for tourists now. Before you enter the hill station, it is vital to know about the best time to visit in Shimla.

In fact, you can explore the hill station anytime. Below mentioned are the details of best time to visit in Shimla.

Spring Season : From March to April when temperature stays between 10℃ to 20℃ with Clear skies. However, occasional rain and thunderstorms are normal.

Summer Season : May to June is the summer season to explore Shimla tourism. The temperature stays between 16℃ to 28℃ with clear skies. However, environment may become smoky due to forest fires.

Monsoon Season : July to September is the Monsoon weather when temperature stays between 13℃ to 20℃ with Cool and humid. It rains continuous through the rainy season. Walking at Shimla Mall Road during Monsoon season is amazing experience.

Autumn Season : Months of October and Novemberis weather season when temperature stays between 10℃ to 23℃ with clear skies and chilly evenings.

Winter Season : Months of December to February are winter months. During winter temperature reaches minus 7℃ to 10℃. Generally dull weather and frequent snowfall are common

Weather in Puri is highly influenced by sea as it lies on the banks of Bay of Bengal. The tropical climate of Orissa with pleasant winters, hot and humid summers and heavy rainfalls makes the period from October to April the best time to visit Puri. White Sands of Puri Beach attract lots of tourists to Puri from October to April

Best Time to visit in Shimla 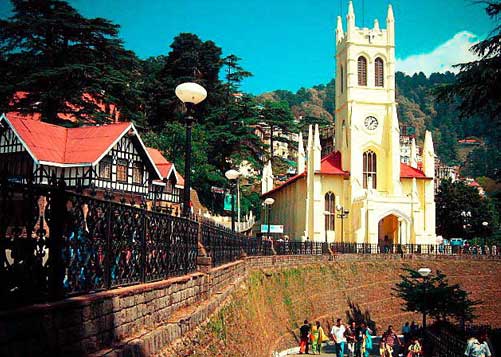 Depending on your preferred timing and choice, you can visit Shimla in any season as every season has its own importance and pleasure. However, during the winter season, you should go with woolen clothes. On the other hand, spring and summer time is the best time to explore Shimla. Moreover, walking at Shimla Mall Road in autumn season is memorable experience. In Monsoon season, you should avoid visiting it because it rains heavily and sometimes for several days. Temperature also downs to extreme chill level. In addition, humidity also increases to some great level. If you want to see the real picture of Shimla tourism, then exploring it during the months of March to June is the best time when weather conditions are extremely pleasant and keep one spellbound for more time.

Spring Festival-Time for Joyous and Celebration

It is the most awaited festival that is organized in the month of April from 28th to 30thof month every year. Folk music and dances of Himachal Pradesh keep visitors mesmerized during the festival season.

This event occurs is celebrated from 14th March to 13th April in which Pilgrims from all over the country and globally come to visit Baba Nath Fair to invoke their blessings.

It is one of the most celebrated festivals held for wrestling, cultural events, and cattle fair and trading activities. People from differnet parts of the India come to enjoy the traditional fair.

Being one of the popular adventure sports festivals, Rafting Cup is river rafting championship from Pandoha to Tattapani. As far as Pandoha is concerned, it is 70 kilometers from Shimla. 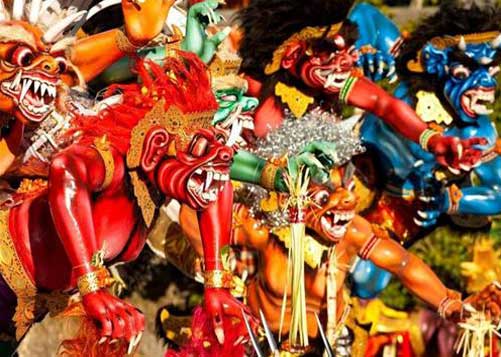 It is also one of the sacred festivals in Shimla in which hundreds of local deities and consists of cultural program gather in the evening for dance and music.

Like spring festival, summer festival is also much celebrated festival here that is held in the month of June. In the festival, cultural programs are performed by state residents who come from various parts

Shimla has also a religious significance in Himachal Pradesh as the hill station is visited by devotees and deities from different parts of the India and world. Some of the ancient and religious symbols include:

The famous church was built in 1844-57 after the Neo-Gothic architectural plan of Col.J.T.Boileau. It is one of the well-decorated and the most beautiful churches in India in which bell are made of the brass of the cannon won by the British in the war with the Sikhs. In addition, the colored glass windows and the murals on the walls are attractive. Stained glass windows are also attraction in themselves as they stand for faith, hope, charity, fortitude, patience and humility that attract tourists to visit the beautiful church.

It was developed by Ramacharan Brahmachari in the year of 1845. It is the only place where Goddess Durga Puja is celebrated in Shimla. The Idol of Goddess Kali is worshiped here. On the other hand, Mangalchandi and Shyamla Devi idols are on the left.

Situated on the top of the hill, the Hanuman Temple is very famous temple in Shimla. It is considered as the legend of Hanuman sitting to rest here during his journey from Sri Lanka to Himalaya to get some herbs. Holy footprints are also found here. Another popularity reason is the scenic and complete view of Shimla from this temple complex.

The famous Sankatmochan Temple of Hanuman, on an altitude of 1875m, is also a famous temple in Shimla to visit.

Tara Devi or the Goddess of Stars, the temple is located on the top of the hill at the distance of around 12 km from Shimla bus stand. For those who want to capture the best image of Shimla, it is a perfect location at a high altitude of around 6070 ft.

How to Reach Shimla

AIR : There is one airport Jubbor Hatti in Shimla which is around 23KM from shimla city. Jagson Airlines has flights from delhi to shimla. Though the flights are not very frequent.

RAIL : The nearest broad gauge head is at Kalka - a four-hour journey from Delhi. After that, take the mountain train from Kalka to Shimla. This railway track has recently been granted the status of a UNESCO World Heritage Site. The view is stunning, with the line passing through an amazing 103 tunnels. The fastest way to get to Kalka is to catch the Shatabdi Express, which departs early morning from the New Delhi Railway Station, arriving at Kalka four hours later.

ROAD : Once you reach Shimla, you can travel by intercity or interstate bus services from HRTC known as Himachal road transport corporation. As and when private travel agents operating the service are available, it will be displayed on this page. Shimla is the capital city of Himachal Pradesh and very popular especially to honeymooners. Shimla is located at about 378 Kms. from Delhi and 115 Km from Chandigarh. All types of private tranportation is available between Delhi and Shimla.