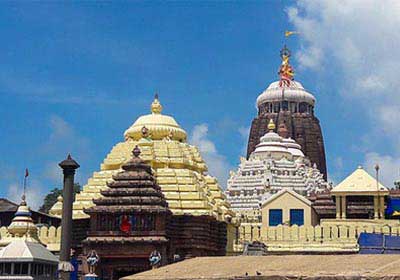 Puri is the spiritual capital of Odisha, known as a pious city filled with noted temples, shrines, Maths, Ashrams, natural wonders, beaches, architectural splendor and many more things those attracts world over tourists.

Puri is proudly included in the list of four Dhams of Hinduism, according to which any pilgrimage tour won't be completed without the visit of Puri temple at last. It is believe to be an important spiritual destination for attaining salvation.

The city is visited by horde of globetrotters, honeymooners, leisure travelers and nature lovers. Puri Tourism boasts ancient temples, famous shrines and splendid beach culture, one of the celebrated tourist places in Odisha that houses finest holiday resorts and hotels in Puri. The luxury hotels meets both leisure and corporate visit needs of the tourists.


Religious places of attraction in Puri

Apart from tourism attraction the prominent religious attraction at Puri is its Jagannath temple, which is built in the 12th century by the Ganga dynasty. Other prominent attractions are its all festivals. Among all celebrations Rath Yatra or Chariot festival is the most pious one. The Rath Yatra or Chariot festival, one of the much-awaited Hindu festivals, honors the Lord Jagannath's visit along with his siblings – lord Balabhadra and deity Shubhadra – to the temple of Queen Gundicha. As many as three new splendid chariots are created for the elegant Rath Yatra Puri that believed as the journey of the Gods – Lord Jagannath and his siblings – every year.

And that's not all about Puri. The city also witnesses a lot of vibrant festivals and fairs. Have you ever heard of the 'Pancha Tirtha' bathing spots of the city? These include the Mahodadhi of the Puri Sea near Swargadwar, the Rohini Kunda, the Indradyumana Tank, the Swetaganga Tank, and the Markandeya Tank. The sea, the beach, and the aura make the land all the more welcoming.

The Jagannath Puri temple was built in the 12th century by the ruler of the Ganga Dynasty. Lord Jagannath, Lord Balabhadra and Devi Subhadra are the main deities that are worshipped here. “Rath-Yatra” is the most pious festival of Puri that is associated with the Rath Yatra.

The temple that was built decades ago is dedicated to Lord Ganesha or Vinayaka. The temple is an intricate piece of art, adorned with numerous carvings and patterns.

Markandeswara Temple is located near Bindu Sagar, and was built in honor of Lord Shiva in the 13th century. The temple is visited by numerous devotees and travelers who pay their homage to the Lord and seek blessings.

Erected in the 15th century, Narendra Tank is located at Mauza Dandimala Sahi. This tank is a sacred place where the famous Chandana Yatra popularly known as 'Chandana Pushkarini' takes place.

The Puri Beach is one of the best places to bask out the days of your Puri tour. The beach provides impeccable sunrise and sunset views. Moreover, one can find numerous food stalls that offer the best sea food in Puri.

The word Swargadwar stands for “door to heaven”. The beach is one of the most visited places in Puri that boasts serenity and the best beach experience in the city.


For Getting around puri

cycle rickshaws are available all over town. Auto rickshaws are also available but every few in numbers. Bicycle, moped or a motorcycle can be hired easily from several outlets on the Chakratirtha (CT) Road for trips to the coast and to Konark. Most travel agents in the city provide this service.


How to Reach Puri

BY AIR : The nearest airport is Bhubaneswar, 60 km.

BY RAIL : Reaching Puri through Rail - Puri is a terminus on the East Coast Railway having direct express and super fast train links with New Delhi, Mumbai, Kolkata, Okha, Ahmedabad, Tirupati etc. Some important trains are Kolkata (Howrah) Puri Howrah Express, Jagannath Express; New Delhi; Purushottam Express. Khurda Road Station, 44 km, from Puri is convenient rail head for train to Chennai and Western India. The station is about one km North of the town. Cycle rickshaws and auto rickshaws compete aggressively to get you to a hotel.

BY ROAD : Reaching Puri through Road - The bus stand near the Gundicha Temple provides connections to Bhubaneswar and Cuttack, service every 10-15 minutes. Minibuses to Konark leave every 20-30 minutes and also from Jatiababa Chhak. There are direct buses for Kolkata and Visakhapatnam.

Weather in Puri is highly influenced by sea as it lies on the banks of Bay of Bengal. The tropical climate of Orissa with pleasant winters, hot and humid summers and heavy rainfalls makes the period from October to April the best time to visit Puri. White Sands of Puri Beach attract lots of tourists to Puri from October to April