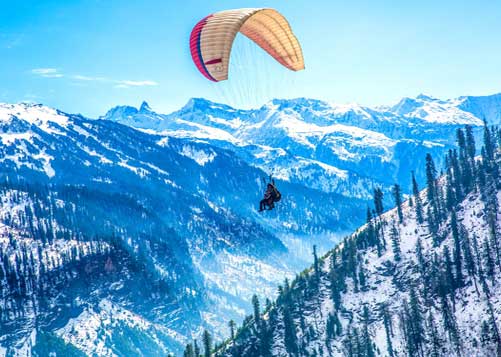 If serenity, tranquillity, divinity, heavily abode and peace take a full stop anywhere in India, surely it is snowy state Himachal Pradesh. Abode of Mother Nature, Himachal Pradesh is one of the smallest states in India in terms of population. However, Himachal tourism is known for representing the most beautiful hill station, green slopes, Palm and Deodar forest ranges (spread in hundreds of miles), and snow covered peaks, and crystal clear river sources. Being a DevBhuumi (Land of Gods and Goddesses), it is the cherished state in India to explore. The snowy state is also known for apple orchards. Talking more about Himachal Pradesh, it is full of wonders and natural beauty that keep tourists spell bound for a long time.

As far as the best time to visit the state is concerned, you can visit in any weather condition. The snow state where greenery has no limit, Himachal Pradesh is an timeless beauty place to visit. Choice is yours as the state is perfect for freaking summers, chilling winters climate that leftoversrelaxingyearlong in Himachal Pradesh.Here is the description to explore Himachal Pradesh tourism

Winter Vacations to Enjoy in Himachal Pradesh October to February

Snow falls can be spot all through winters and in the preliminary of rainy seasons.

As far as rich flora and fauna in Himachal Pradesh is concerned, it is known for deep dense forest ranges. The main forest ranges are spread in hundreds of kilometre dominated by Sal, Sisham, Chir, Pine, Deodar and many others. In addition, the growing oaks, deodar, blue pine, fir and spruce are also amazing to explore here. Moreover, the apple orchards lure the attention of tourists from all parts of India.

By Road : Himachal Pradesh is well connected through road to capital of India (Delhi) and all the major north Indian cities. Major National Highways that connect Himachal Pradesh to other important cities are NH No. 20, 21.